Mice and men made plans. Mine was carefully constructed and involved sloping off to that there Norwich town, canary city, to compare it with Sheffield a.k.a. Britain`s capital of beer. But it didn`t really rain. It didn`t rain so we didn`t want to or need to move far from t` beach. 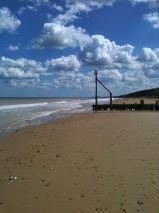 Mundesley. Nice spot. And this wor pretty much the view from the town`s pub, The Ship Inn. This place is really popular, or at least it was during the Summer season and deservedly so. Cracking local food (Cromer crab por ejemplo amigos) and an array of local ales thankfully. OK, there was Doom Bar and Speckled Hen but plenty of East Anglian offerings to sample too. The Wolf brew was a wheaty one so not really my tipple and the Woodforde`s Wherry was nice and deserved of its local popularity but I preferred Humpty Dumpty`s `Little Sharpie` which was a super suppable Golden ale. At 3.8% this ale was very sessionable so ideal for refuelling after a day spent paddling, relaxing and lying down in the sunshine plus it was hoppy enough to keep the palate interested. This one is best sampled in what claims to be `Norfolk`s Best Beer Garden`, and I`m definitely not arguing! Wow! And ideal for the kids with a climbing frame, plenty of space to run around without being a pain to the (severalful) old codgery folk and it done got a speed-boat! 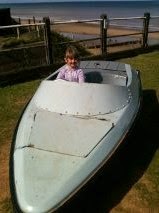 A footnote shout to Wroxham Barns. Again a family day out job (animals `n` that) but a beer haven / ale heaven. The Barns` shop boasts of housing 65 locAles and so it is well worth a look. On advice, I grabbed a few Grain bottles and they were solid. The Redwood was pretty well put together, quite boozy for a 4.8%, but I`d like to have been able to try this on cask or keg. From the bottle, it is best drunk from a smaller glass with regular top-ups to maximise the carbonation and spread the alcohol kick. Give Grain a go gents! 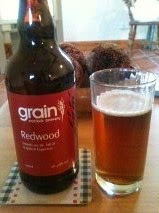 So, a great week in the Norfolk sunshine (seems an age ago already), a micro-climate allegedly. However, all that countryside, tha knows, beaches `n` that is not conducive to ale adventures. I`ve dipped my toe in, liked it and stopped ont` beach. East Anglian ale and pubs look promising. Maybe they deserve another visit; I just hope the weather isn`t too good!
Posted by twobeergeeks at 13:15 No comments:

Aye, everyone`s favourite rib-tickling pub quiz name is "Norfolk `n` chance" but is East Anglia really the answer to a hoppy holiday away from super-supping Sheffield (a.k.a. GB`s beer capital)? An unbiased review? Read on....

Plans were laid well in advance and centred around a day in Norwich which (allegedly) possesses a premium pub, or two, on a par with the Steel City apparently. Well, the British weather, or more specifically the Norfolk micro-climate, failed to `play ball` and was nice for pretty much the whole week so la playa was the choice of us holidayers ahead of la pub-a. That said, I did dip my toe into the water of East Anglian ale. 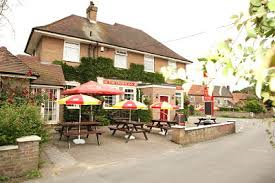 The Crown is in the `quaint` village of Trunch. (Never watched the programme but think `League of Gentlemen`. Local. Friendly locals. Strangers welcome.....). An especially friendly chap over-loaded us with suggested places to visit during our holiday week (some useful, admittedly) whilst also telling us that Sheffield was NOT friendly (he`d never actually been but he had lived in Scunthorpe, that town in North East Lincolnshire!!! Exactly). Yes, he was `over-loaded`.

The Landlady had been at the helm since October and was clearly at ease wearing this particularly headpiece. I enjoyed my beers, they were well-kept and the pub is deserved of its place in the GBG. I`d not heard of the Salem Bridge brewery but their cascade-laden Golden Swallow (4%) was tidy, easy drinking, and it was only later that I realised it is an off-shoot of Bateman`s. 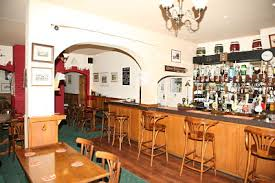 The Crown is cosy inside and has food on, plus there is a popular quiz fight  night. (Get there early we wor told). The music seemed to go up and down randomly as they practiced for the following night`s quiz and the lights went `on` and `off` err, randomly, but this place was certainly memorable and definitely worth a visit, especially on a nice day when you can sit outside and watch the locals (friendly) go by. Different world but different is good, right....?! 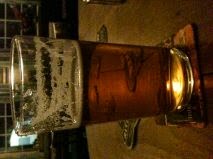 In these harsh times of ever-elongated austerity, what could be better than a new pub opening? Not being turned into (yet another) Tesco or Sainbury`s but actually opening, well reopening with the proprietors having successfully negotiated agreeable terms with a `heavyweight` PubCo. Ye Olde Shakespeare Inn was a famously run-down boozer just a stones throw from the super-successful Sheaf View in Heeley and it has now been rebranded as The Brothers Arms (no apostrophe) in reference to its new overlords, The Everly Pregnant Brothers. 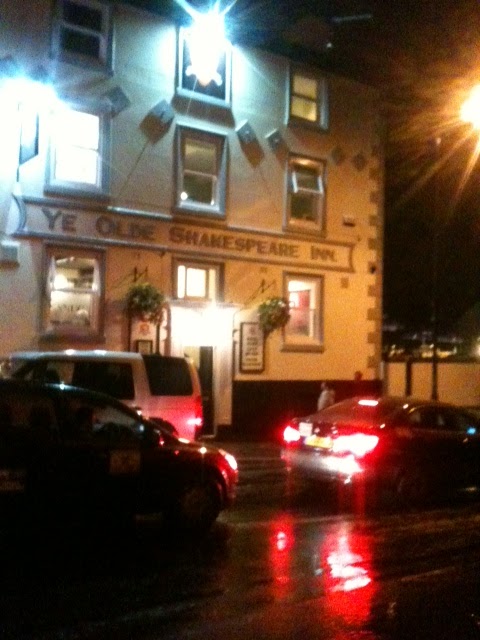 We managed to visit the place three times between us over the opening weekend (a selfless effort) and it appears as if this place could be well be an EPB hit. Still smelling of paint, the brand new Brothers` boozer was bursting at the seams with a nicely mixed clientele. This area now has a decent and discerning little ale run starting at The more beardy Broadfield and taking in The beautiful White Lion, then the Sheaf View and now, by the looks of it, The Brothers Arms.

The layout is neat with a great beer garden terrace sporting a splendid vista and a cute central bar. The manager is Nick Hayne, well-known locally having done sterling service at The Sheaf View and at London Road`s Cremorne previously, and he and his squad did well to keep the bar going working four-strong in fifth gear in very close proximity. In fact, you have to wonder if there was a maximum waist requirement for Brothers` bar-staff as there can`t be any room for being Everly Pregnant therein! `Yorkshire tapas` and a game of darts are on offer too, if that floats your boat plus many a music event, I`m sure.

Part of the Brothers` manifesto is to stay local but they do boast of having sourced their beers from as far afield as S60! I really enjoyed my Raw (of Staveley, N.E.Derbyshire) Chadrock dry stout (5%) despite it being in a cider glass. Staveley is Sheffield`s 43rd state (S43) but, if you`ve not been, think more Iowa than "aloha"..... 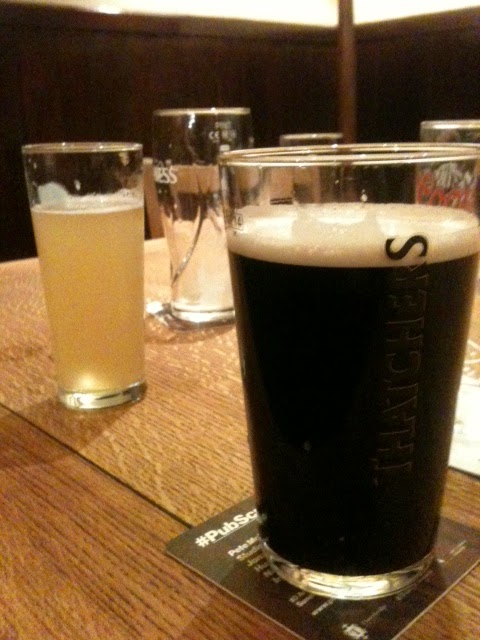 ﻿
And tha knows this definitely was not Stones:-﻿ 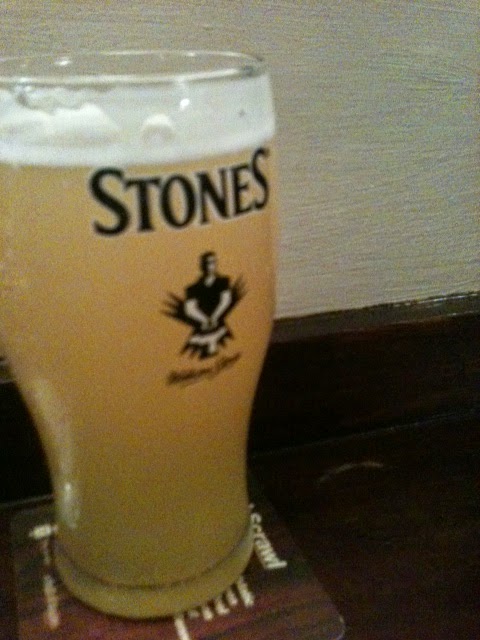 It was Vedett white btw. Obviously, these are really minor teething faults caused by the volume of ale served, sold and supped. In fact, by Sunday, the place had pretty much run out of lager but, being beer geeks, this was not noted as a problem by us! Certainly a great start for Heeley`s newest hostelry and, who knows, The Brothers Arms may just turn out to be Pete McKee`s best-loved creation....! ﻿

Posted by twobeergeeks at 07:17 No comments: