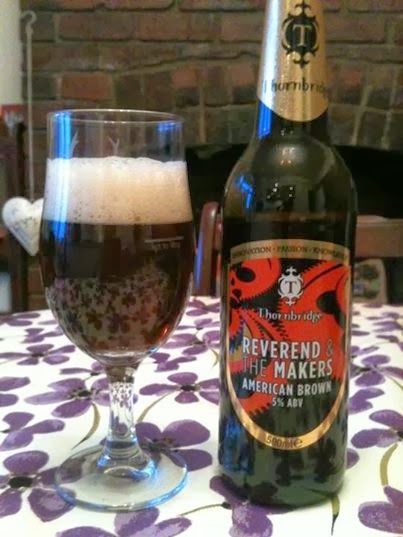 Torrid times in the music industry. DLT and co have been hauled over the coals and trialled in public and ar Alex Arctic Monkey divided opinion at the Brits with his debated `drunken druggy` speech (copyright Daily Mail et al) which wor actually a sardonic satire of celebrity GB. If only our stars would do something more worthwhile and earnest with their (a lot of) spare time. Cue Mr. Cosens!

Ed Cosens is the guitarist with seminal Sheffield band Reverend and the Makers who, when his hands are idle, is also a keen home brewer. Last year RatM / Ed tried their hand with Bakewell`s best and conjured up their successful (and previously blogged) Summer Ale but this time we have a more Heavyweight brew but is it a Champion?

American Brown smells invitingly smokey, bitter and malty, like the famed blue-starred North East ale that was once the sponsor of the Toon. However, this ale pours a richer, more mahogany deep red/brown colour than the Dog did and is topped with a lively but manageable head. 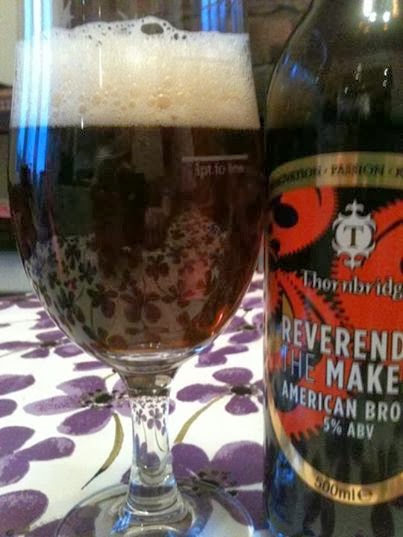 The caramel malty sweetness is expertly balanced here with a touch of hoppy bitterness culminating in a really drinkable 5% ale. (Same again, please.) Personally, I did not like the art work on the bottle labels, not up to Thornbridge standards, but it is faithfully themed on the band`s latest release, I believe.  American Brown is a brand new release from busy Bakewell, (purchased at Mitchell`s) and we look forward to seeing how it weighs in and matches up on keg and cask(?) but, on this showing it is a heavyweight homebrew hit!

Posted by twobeergeeks at 14:04 No comments:

Battle of the Bottles - Wild vs. Ilkley

Two top tips for the tip top in 2014 going head-to-head here over 3 rounds. The most notable trend in Sheffield ale over the past 12 months has been the increased availability of quality bottled ales. Even supermarket-avoiding beergeeks find it all too easy to bag a beer to sup at home these days. (Sorry pub, will do better). Amateur ale enthusiasts might procure a pint at Tesco or even B & M bargains, but we whole-heartedly support local specialists like Hop Hideout and Mitchell`s. 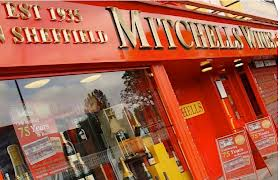 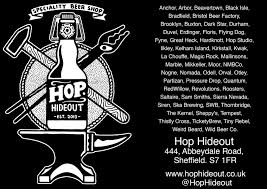 The Ilkley Beer Co like a bit of alliteration (as do we!) and they proclaim to be `deceptively different` and `uniquely unconventional` but the first two were a bit too noticeably normal TBH. 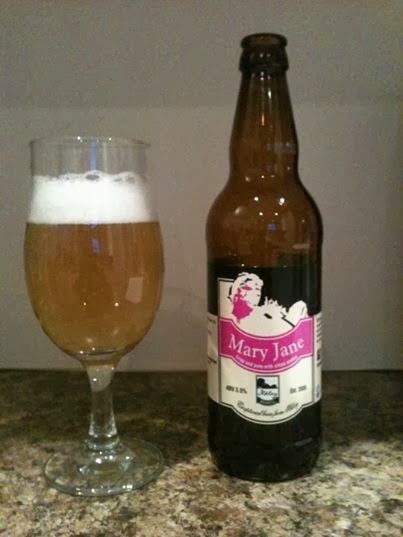 Mary Jane has plenty of taste for a 3.5% brew but the carbonation came through strongly resulting in a taste (from the bottle) that was too lagery rather than an Amarillo or Cascade punch whilst Ilkley Pale offered more. It is hoppier (from NZ) and possesses a white wine Sauv Blanc bite. This pale produced a nice head topping a decent citrus bite coming in at 4.2%.

The `special` selected for this contest from Ilkley was Siberia, a bold 5.9% rhubarb saison but the fizz factor seemed to limit the depth of the fruit (?), vegetable (?), legume or something (?!) to come through fully. All these ales tasted promising but not as good as the Ilkley encountered on cask and keg; A timely reminder to get to the pub more often .. . . !?!? 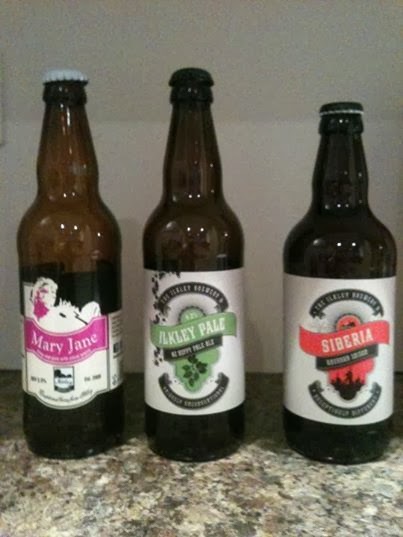 So, not wild about the Ilkley offerings but would Wild Beer Co make my heart sing? 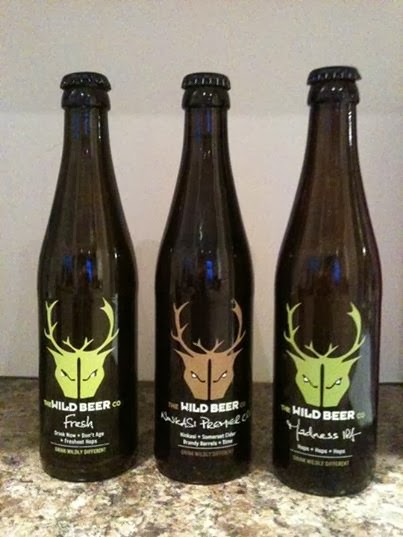 This tasty triumvirate were purchased from Abbeydale Road`s Hop Hideout which is a neat, new place attached to VintEdge which is a cool antique shop. First up was Fresh. The motto matched here as this brew really was `wildly different` and flagrantly `fresh`, and this murky mystery almost got away! Despite pouring carefully, this was absolutely full of life and, as described, `friskily fragrant` resulting in a huge hoppy head (in the free glass supplied - thanks HH!). Fresh is 5.5% and very green hop but just too pungent on this occasion. Tasty though.
Having blogged Madness IPA before, I was pretty sure what to expect ; hops + hops + hops the label proclaims and the aroma is classic IPA. However, that does not do this bottled beauty justice. The depth and variation of hoppiness was really commendable providing an zingy aromatic extravaganza rarely found in a 330ml, even at a sturdy 6.8% and stands up very well to the kegged version. 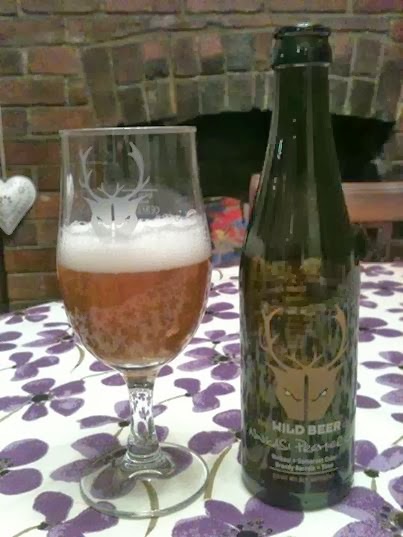 ﻿
﻿
﻿
The Wild `special` was, well, what the hell was that?! This one was a complex taste to say the least and it is apparently part of the Wild barrel trinity. Six months spent oaked away in cider brandy barrels make this `premier cru` all the way. Barrel antics have got to be the way forward for British brewers and why not cider as Somerset`s finest showcase here. Personally, I am not an `alcoholic apple juice` fan but brandy maybe, whatever your palate, this tastes nowhere near a 10%. If Madness IPA was a knockout punch in this contest, Ninkasi PC is maybe a MMA choke-hold. 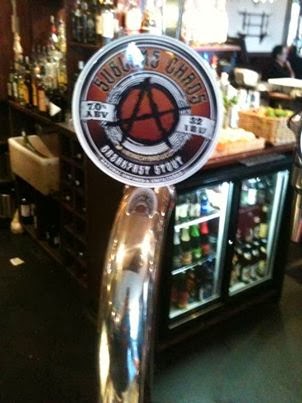 After a couple of canny casked pints of SWB`s Diablo (a mere 6%er and one of our best pints of 2013), Chaos reigned. I sagely saved this until after (an excellent) Sunday lunch of curried squash, okra and cashews, seeing a stout as an ideal dessert for the pudding-phobe. To be fair, pretty much the whole family (little ones not included; it is 7%!) sampled this special which was highly lauded by the bar-man - "It is very strong, you know!" and, wow, what a beer. The Broadfield really seem to go out of their way these days to get something special on their keg lines and this is a real case-in-point. Recently, there has been a gooseberry saison (from Red Willow) and a sourdough special from Kernel plus there is often a really strong IPA from one of the better brewers so think more extreme/ on the  (Nether) Edge than safe and middle of the (Abbeydale) Road. (Note to self - don`t use too many brackets (ever again)). 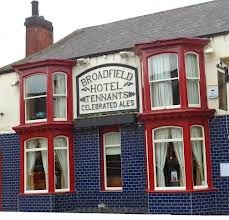 Sublime Chaos is a 7% kegged ale produced by the Anarchy Brew Co of Morpeth in the North-East of England. Having previously been interested, but not completely sold, on their beers (Smoke Bomb at The Continental springs to mind), this one really impressed. Multiple malts abound but the quality of coffee really stepped forward for me. Apparently, natural Ethiopian Guji beans were utilised and they certainly linger pleasantly on the palate. New Zealand hops are also in there somewhere and thankfully the carbonation and sweetness are equally subtle. A beautiful malty / smoky balanced brew.

The whole family left well happy with their food and drinks. Personally, I had had sufficient sustinence to resist the call of the fantastic Hop Hideout next door for once even though it was advertising . . . ..  Founders` infamous Breakfast Stout!


Posted by twobeergeeks at 15:01 No comments: 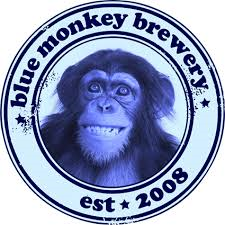 Now then, needs must and all that. As a dynamic, and relatively sociable / socially-aware / socialist duo, we are not big consumers of bottled beer-age. Say `no` to supermarket sups, we say, but the recent extension to the ale portfolios of retailers in South-West Sheffield (added to all t`tax `n` that) make the odd bottled bender a worthwhile option. Most recently, our favourite off-licence, (especially for those especial vino tintos) Meadowhead`s Mitchell`s Wine Merchants have really upped their game in the quality local beer bottle section. Fantastico!

Blue Monkey Brewery do catch the eye. Whether in bottles or with their prominent pump clips (which have been spotted on odd occasions around the Steel City) the chimpy chappy is the (PG) tip tops in popular pubs.

First up, I tried Guerilla. This is an award-winning ale that weighs in at 4.9%. I found it to be pretty unremarkable to be honest with a steady malty and caramel taste. Fairly sweet but nothing too rebellious pouring dark, dark brown with a little head. Maybe more Citizen Smith than our Che but maybe better from the cask? Next!!! 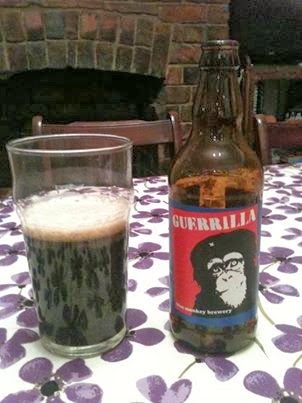 To Infinity . . . . As a Citra sucker, this is hard to dislike. Very quaffable, a light, hoppy ale allegedly named after the infinite monkey theorem whereby, given enough time and chances, t`chimp could write some (probably very citrusy) Shakespeare plays. I think it was on this basis that the multiple choice questions in our (G)CSEs were scrapped; any monkey could pass them (we did, after all). Apparently, they still use this system in the good ol` US of A, I believe, and thereby we prove-ish that this is a great beer. QED. 4.6%. Drink it to infinity, at least. 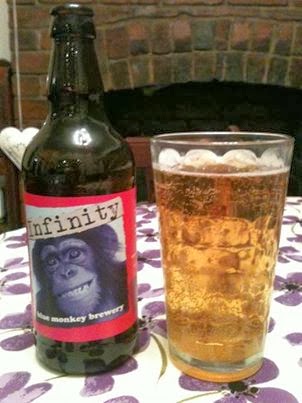 ﻿
﻿
Nicely following on from Infinity (if that is grammatically  / scientifically feasible) is Ape Ale. This is kind of like the big brother of its hoppy smaller sibling. A more orangey (utangy) APEarance (sorry, enough monkey puns), Ape is an IPA banger hitting you with a palate overload of champion Chinook and Simcoe hops. Very modern. Fresh, citrus but with a fair old alcohol punch, this is a very decent attempt at our favourite ale style tasting a tad stronger than its 5.4% 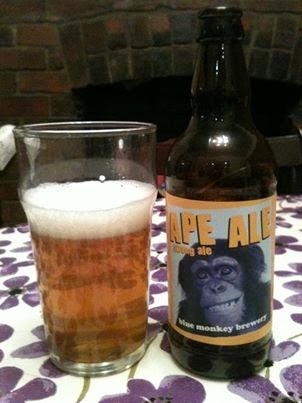 .
Blue Monkey certainly seem to be the best that Nottingham has, and by a long way. I`ve never been disappointed by their cask offerings and these three bottles all bode well for this brewery`s future.

Hoping to visit the Blue Monkey tap house, The Organ Grinder, before too long and see how these brews measure up in their natural environment because these bottles rate as beer geek`s belters! Monkey tennis? 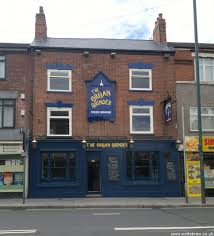 Posted by twobeergeeks at 13:00 No comments:

Faithless XXV by RedWillow vs. Bliss by Wild

Now here`s something weird, well two things to be fair, and maybe not everyone`s cup of tea.... 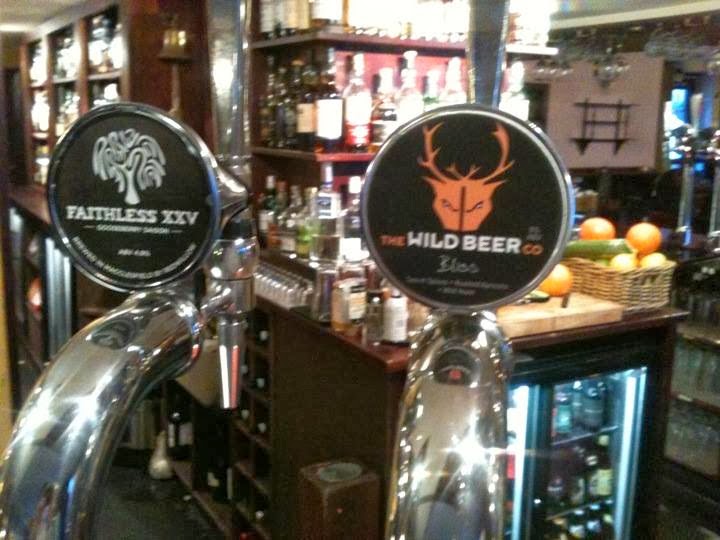 I don`t think that too many tickers bother much with the kegged stuff (goes flat in their panda pop takeaways!) but us beergeeks find them tough to resist sometimes, especially when they are rarer than a Michael Gove fan at a teachers` conference. This time, side-by-side at Abbeydale`s own Broadfield Ale House, were experimental efforts by Red Willow of Macclesfield and Wild Beer of Shepton Mallet. Whilst Wild have become become a regular feature at The Broady, the past couple of months have seen brews by the Macc lads popping up in some of the better pubs in the Steel City so we are faced with another Premier League quality North / South keg clash.

We are divided on the saison. This European beer style has its roots in quenching the thirst of agricultural workers. They can vary in strength but they are usually pretty fruity, cloudy and sometimes have spices added. (Danny like, Mike no like!)

Bliss boasts Brettanomyces yeast, roast apricots and `secret spices` all at 6%. Plenty of aromatic taste here but looks a little too much like a murky mulled wine, or at least there is a prominent hit of Christmas spices and topped off with a layer of icing, sorry, a little creamy head. 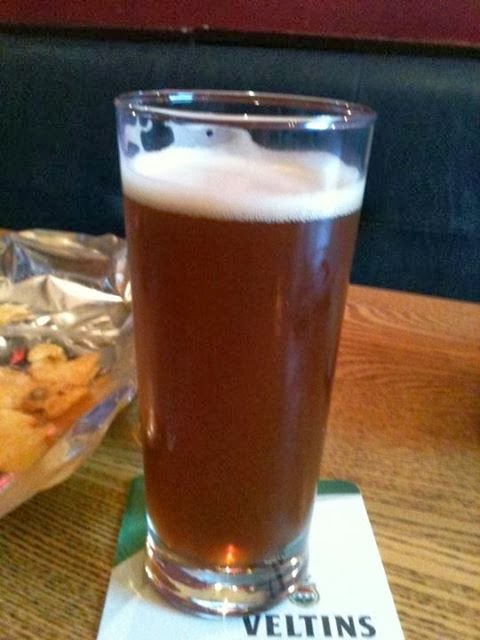 Faithless is a richer, more appealing, colour with an almost peachy gold shine at 4.9%. The aroma you meet is spice and fruit but the initial taste is tart and then sour, so a real mix of saison and gooseberry here, that amazingly balances rather nicely. Like Bliss, Faithless XXV has a fairly prominent carbonation but it seems to help this one culminating in a refreshing drop of ale. However, I would be curious to see how the complex flavours in the Wild beer would develop in the cask; oaky spiced apricots mighty just work. 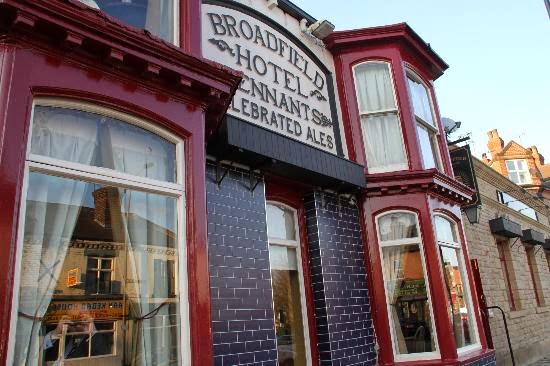 Hats off again to The Broadfield for presenting two memorable ales. Keep the faith!


Posted by twobeergeeks at 12:52 No comments: