In Sheffield we are fortunate enough to have two excellent pub chains : Thornbridge and True North. We are fans of both because of their quality in terms of pub, service and, of course, ale. We score these three aspects out of five and then award an arbitrary addition for the X factor. This is even more subjective and based on our real feeling therefore the service may gain additional credit (up to 5 marks), for the atmosphere or the location or whatever we reckon makes the pub stand out from the competition. Simples.

Our idea here is to match up pubs of theirs (according to the `style` / target audience in order to allow a fair `fight`) and decide which one wins. Super Simples. Fiiiiiigggghhhhhhtttttt!

The Blue Stoops vs The Coach and Horses (The Dronny Derby)

Both of these represent Derbyshire outposts right on the edges of Sheffilization. Both chains are essentially city-based but these two Dronfield boozers are worth an excursion from the Steel City. The 43 bus stops right outside the Coach whilst the recently renovated Stoops is adjacent to the civic centre and so served or reachable by most buses heading this way as well as the railway station which isn't far either.

The Coach is a cosy roadside boozer, good for all seasons and always affording a warm welcome whether it's to families or footy fans. Ales normally include five Thornbridge plus a guest and a real cider. Locals Drone Valley often feature. There's also a selection of four kegs and a decent back bar. All quality. 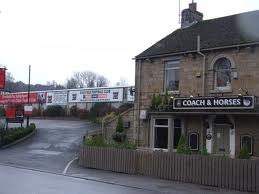 Blue Stoops is admittedly food-oriented but offers the drop-in drinker an amenable space to sup four ales on cask plus a smattering on keg. Inside, it is sleek and stylish, a real statement from Kane's crew with a definite wow factor. True North ales are decent and drinkable but not often at the same standard as the ever award-winning Bakewell-based Thornbridge. Expect the likes of Titanic to back up the TN brews. I'm not 'into' toilets but the WCs here are Premier League fwiw! 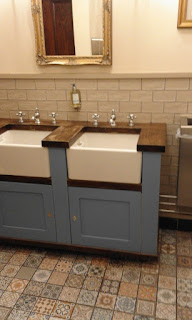 With a better beer range, the Blue Stoops could be a fantastic pub.

The Waggon and Horses vs. The Stags Head

OK, so here we have two family-friendly pubs that are food-orientated but we look at the other stuff, maybe considering the pubs ethos in our x factor five marks.

The Waggon only opened in March after a bit of TLC rather than a total refurbishment. Food is high quality as in all the True North houses with the service to match. In spite of the staff being new, they work hard to please. Drinks included four cask and four keg when we visited, mostly True North but with guests including Vocation and quite likely Black Iris. 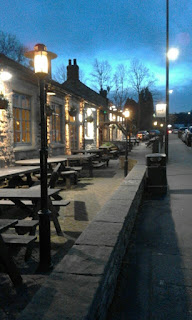 The Stag over on Psalter Lane has lots of similarities. The food is similar in quality and value although possibly a bit more traditional and this is served up by a cohesive and knowledgeable staff. Another similarity is that both pubs are quite open plan yet with lots of tables to suit the gastro-pub feel. Ales are plentiful, Thornbridge on cask and keg.

A tie for us but let us know what you think!
Posted by twobeergeeks at 10:41 3 comments: